Grace of the Feminine Christ

All beings on Earth are being called to return to the restorative waters of the Ancient Womb for the alchemical transformation & birth into crystalline consciousness or Universal Love.  ​ 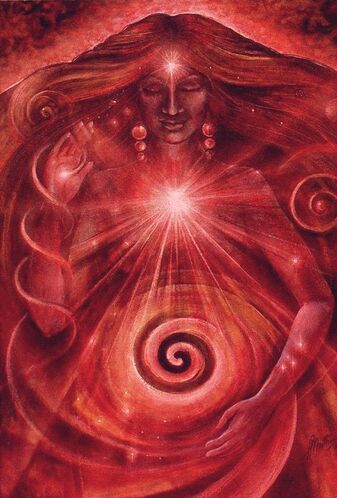 ​Grace's Story:
​The Birth of a Feminine Christ 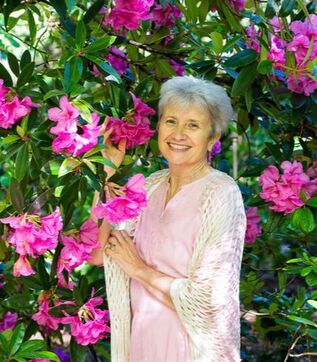 As Grace resides in her unwavering commitment to the evolution of humanity, she finds herself sincerely astonished to be creating a spiritual path—  this was not exactly what she set out to do! Yet, the unexpected trajectory of her life, combined with the urgency of our times, demand a very different approach to life for the benefit of us all.

Grace’s dramatic & expeditious path to awakening opened her to her own Christed nature in 12 years, revealing a veritable path for others to follow. Her journey evoked profound remembrance of teaching & healing as a Feminine Christ in several previous lifetimes. Undeniably, her Eternal Soul made itself known, asking Grace to remember & claim these lifetimes as her own. Fully embodying the Divine Feminine Wisdom available through this remembrance has allowed Grace to truly align with her mission of abiding in the nourishment & Love of the Feminine for herself & for all beings. She now resumes the contemporary version of “being the embodiment of Love” — healing equally with her vibrational transmission & her inspirational words.

Early Life  & Career
Grace’s upbringing in Montana set the stage for profound appreciation & harmony with the gentle embrace of Mother Earth. This inner communion with nature served Grace in weathering multiple significant losses of feminine nurturance at an early age— the loss of her mother at age 2, followed by loss of primary female caregivers at age 4. By age 5, the addition of a violent & rage-aholic stepmother further embedded a primary unmet need for feminine love. Thus, the stage was set for Grace to engage in a sincere & deeply driven spiritual journey toward recovering & receiving the Feminine for her own profoundly wounded heart.

Grace’s earlier career, while geared toward humanitarian service, did not initially appear to be the life of a spiritual teacher: Grace was educated & trained as a nurse practitioner, with a multifaceted career combining clinical practice, entrepreneurial pursuits, & teaching roles. She started a county clinic for AIDS patients early in the epidemic, which grew from a bare-bones facility to a clinic serving over 3000 patients within 3 years.

In the early 1990’s she was invited to join the faculty at the University of California, San Francisco where she later became the founding director of a clinic serving the homeless in the Tenderloin district of San Francisco. Grace’s innate managerial skills & her visionary abilities served the homeless well. She helped to add progressive services such as mental health & holistic medicine to provide a well-rounded container for authentic healing.

A Transition Begins
Even as her career flourished, Grace began to register the call of her internal world & all that lay unresolved within. She instinctively pursued emotional healing avenues to address the many aspects of pain & imbalance that arose from years of unresolved trauma.  Undeniably, she recognized a voice deep in her being that called her in a radically different direction than the one she had known.  She found that the standards of mainstream success, while satisfying on one level, left her wanting. An indefinable longing began to emerge as an ever-present truth that could not be ignored.

She slowly began to realize that she had come to experience herself solely through the masculine lenses of achievement, intellectual exchange & the limiting nature of time & responsibility. She recognized the chasm of disconnect with her own heart, but knew no way to forge reconnection.  As she followed her inner directive to align herself with her heart’s path, she began to experience mystical experiences & spontaneous, vast, ego-shattering heart openings.

​After a time, she found it impossible to return to engage in her career— the environment was too harsh & draining for her emerging tenderness & sensitivity. To the shock & dismay of colleagues, friends & family, she left her successful career, following the call of her heart into the Great Mystery. 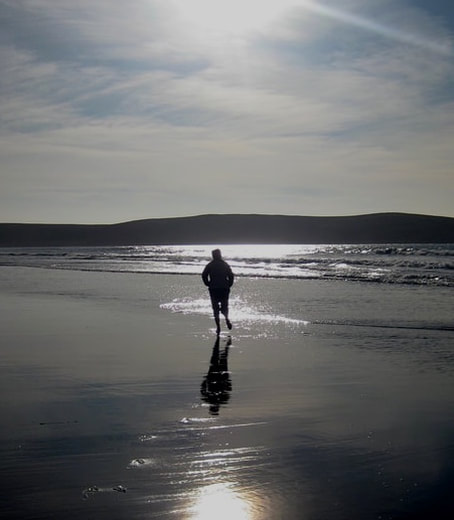 Photo by Deb Paterniti
At the age of 47, Grace entered into a heart-centered Divine Feminine community that provided a safe container for much of her outer shell to crack open. Deep emotional wounds began to heal very quickly.  In short order, the essence of her longing led to the awareness of the acute pain that lies within the heart of humanity— the pain of separation & the denial of divinity.

Soon after this awareness arose, Grace experienced an unexpected, dramatic & life-altering kundalini rising. This sudden & intense flow of life-force energy lasted for 9 months, splintered her reality, & immediately erased all previous attachments & concepts of existence.  Overnight, her known body & identity dissolved. Her known world ceased to exist, only to be replaced by a purely vibrational reality & the “end of desire.” The sudden loss of all discernible boundaries led to the unmitigated emergence of Oneness & Divine Union— with no return option in sight.

While this unified state is considered desirable on most spiritual paths, it can pose serious challenges to the physical body when it arises so suddenly!  Grace’s body, unaccustomed to the high vibration & radically different world-view, reacted with severe & crippling symptoms: disabling back pain, serious immune issues & heightened sensitivities to environmental stimuli.
​
A New Life
The integration & assimilation of Oneness— all at once — including the restoration of her physical body, challenged every reserve of strength Grace possessed. A profound dark night of the soul progressively enveloped her in a field of obscurity for the next 7 years. Sitting in nothingness, vulnerable & undefended, raw & undefined, Grace was left without the physical capacity to engage the world. Her great sensitivity required her to live in a tent in Nature for over 2 years as she allowed the tincture of time, patience & self-love to help her restore & relax into an indefinable identity.

Grace’s awakening & full remembrance of herself as a Feminine Christ came in stages. The pursuit of Quantum Healing, a profound DNA healing tool— introduced to her by her most memorable teacher, Dell Morris— initiated a pathway for accelerated healing. As she efficiently cleared past traumas held in her cellular DNA, she began to evolve very quickly; her body responded accordingly.

As Grace received a great deal from Quantum Healing, she began to learn & master the skills of this healing modality, ultimately providing these sessions for others. As both a recipient & provider of this profound work, Grace began to experience enhanced communion with her body & came into greater discovery of the remarkable link between illness, unresolved emotional wounding & the restoration of the Divine Feminine.

​Instinctively, she discovered & practiced the various facets of self-love as a rapid Divine Feminine evolutionary path. The insistent guidance of Her Soul, combined with her dedicated practice rapidly moved her through the traditional milestones of spiritual awakening to her own Christ birth & well beyond.

Through the vast depth of her connection to & as the All That Is, Grace sees, hears, feels & “knows” the emotional blockages that prevent the heart from opening for many. In the vibrational Oneness of Her field, she often removes many of these obstructions as they present themselves, enabling a rapid evolution for her students while held in the safety of Her love.

​Grace is now setting herself on a teacher’s path— offering classes and Feminine Christ healing circles to awaken participants to their own innate capacity to heal themselves. She abides in great gratitude & undying commitment to serve any who feel the resonance & call to her & the Divine Feminine Christ Wisdom she holds. She wants to meet people who are in longing & yearning, & help them return to Love as their divine birthright!
learn more, get connected