Grace of the Feminine Christ 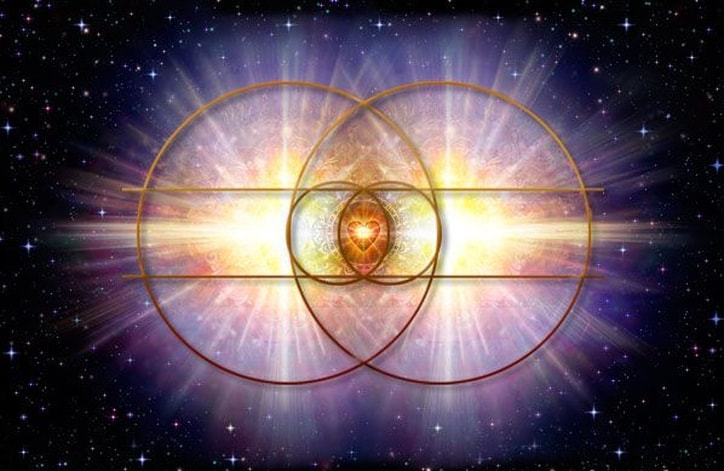 Vesica Picis H018, Daniel Holeman
Christ Consciousness is a state of illuminated consciousness that embraces the ultimate union of all duality in human form. It arises from the transformation of one’s identity from that of an individuated self to the embodiment of Universal Love (Divine Feminine) and Light (Divine Masculine). It reflects the true nature of Divinity as the transcendent state beyond the union of both polarities.

This transformation also involves a massive shift in one’s physical body, bringing about a lived experience of one’s light body (the subtle matrix of constantly moving energy that creates matter).

Language describing Christ Consciousness can easily become esoteric; Grace of the Feminine Christ seeks to provide an accessible, tangible example of Christ Consciousness you can feel. To the best of your ability, continue reading with an open heart, allowing the vibrational essence of the written word to permeate your being.

In truth, Christ Consciousness is a high level of spiritual realization that accurately reflects the true nature of Divinity, regardless of a particular faith or religion. It is defined not by creed, but by an unyielding allegiance to Love, radical self-responsibility and the impeccable balance of Masculine and Feminine principles within.

Grace of the Feminine Christ holds that the embodiment of Christ Consciousness is a level of spiritual mastery beyond enlightenment. The key difference is the absolute inclusion of, devotion to and reverence for the Feminine Face of Divinity — balanced with the authentic Divine Masculine. A Christed being not only has clarity of mind (Divine Masculine), but a wide-open and completely responsive heart.

The Christ Birth Within
Another vital difference between the embodiment of Christ Consciousness and enlightenment is the clear and distinct transformative process known as the Christ Birth.

Generally, an individual experiences a final “dark night of the Soul” preceding the Christ Birth. All may seem lost and desolate. Then, at the appointed time (known only to the Soul and one’s guides), an unimaginable moment arrives. One may experience acute discomfort in the solar plexus for some time beforehand, as this is the seat of the “Christ portal” — akin to the preparation of the womb for a physical birth.

The location of the Christ portal between the solar plexus and the heart represents the re-balancing of love and power within the Soul — a true reclamation of the power of Love. The portal may have been prepared for years, or even lifetimes.

At the moment of the Christ Birth, the sacrum (the “Seat of the Soul”) sends forth the bolus of Christ Consciousness, long-buried deeply in one’s DNA. It rises rather dramatically through the hara line, through the solar plexus, and bursts into and through the heart. The trajectory symbolizes the divinization and purification of one’s humanity into a state of Divine Love. It is a victorious and powerful explosion of the soul in physical form! A period of integration and adjustment can be expected.
Christ Consciousness and the Divine Feminine
For centuries, the unseen or formless world of the Feminine — from which all else arises — has been vastly misunderstood and unappreciated. Grace of the Feminine Christ holds the perspective that this pervasive denial and systematic annihilation of the Feminine has prevented Christ Consciousness from rising on Earth.

Essentially, the Feminine Christ exists because of the profound need for this restoration. A great part of Her work at this time stems from a full-hearted commitment to courageously unveil, embrace and heal the extent to which the Feminine principle has been violated for thousands of years.

She also stands as a beacon — a profoundly compassionate response — for the deeply distressed hearts of humanity. Her presence instantly restores and heals many, often awakening hearts to remember their true soul purpose in this lifetime.

Living in and as Christ Consciousness

​The following characteristics underscore the life of a Feminine Christ: